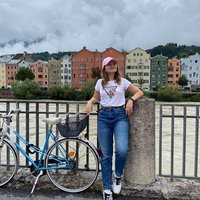 "I'm Mary, and I'm a Exchange Student Ambassador at Montanuniversität Leoben! I’d love to share my study adventures, travelling tips and my erasmus+ experience at MUL with you. I’m fond of traveling, photography, cycling, swimming, snowboarding, running, listening to live music, singing, painting and every outdoor activity there is."

Ukrainian Christmas festivities begin on Christmas Eve (6 January) and end on the Feast of the Epiphany. The Christmas Eve Supper or Sviata Vecheria (Holy Supper) brings the family together to partake in special foods and start the holiday with many customs and traditions, which date back to antiquity. The rituals of the Christmas Eve are dedicated to God, to the welfare of the family, and to the remembrance of the ancestors.

With the appearance of the first star, which is believed to be the Star of Bethlehem, the family gathers to begin supper. The table is covered with two tablecloths, one for the ancestors of the family, the second for the living members. In pagan times, ancestors were considered to be benevolent spirits, who, when properly respected, brought good fortune to the living family members. Under the table, as well as under the tablecloths some hay is spread to remember that Christ was born in a manger. The table always has one extra place-setting for the deceased family members, whose souls, according to belief, come on Christmas Eve and partake of the food.

After all the preparations have been completed, the father offers each member of the family a piece of bread dipped in honey, which had been previously blessed in church. He then leads the family in prayer. After the prayer, the father extends his best wishes to everyone with the greeting Khrystos Razhdaietsia (Christ is born), and the family sits down to a twelve-course meatless Christmas Eve Supper.

There are twelve courses in the Supper, because according to the Christian tradition, each course is dedicated to one of Christ’s Apostles. According to the ancient pagan belief, each course stood for every full moon during the course of the year. The courses are meatless because there is a period of fasting required by the Church until Christmas Day. However, for the pagans, the meatless dishes were a form of bloodless sacrifice to the gods.

The first course is always kutia. It is the main dish of the whole supper. Then comes borshch (beet soup) with vushka (boiled dumplings filled with chopped mushrooms and onions). This is followed by a variety of fish – baked, broiled, fried, cold in aspic, fish balls, marinated herring and so on. Then, varenyky (boiled dumplings filled with cabbage, potatoes, buckwheat grains, or prunes) is served. There are also holubtsi (stuffed cabbage), and the supper ends with uzvar.

Both koliadky and shchedrivky have pagan elements in them, but many have been Christianized. For example, one pagan carol tells of a landowner who is awakened by a swallow and is told take preparations as three guests are coming to his house: the sun, the moon, and the rain. In the Christianized version, the three guests become Jesus Christ, St. Nicholas, and St. George. The very popular Ukrainian carol in the United states, “Carol of the Bells”, in its originality is a shchedrivka and tells of a swallow (herald of Spring) that has come to a landowner’s house and asks him to come out and see how rich he is, how many calves he has, and so on.

The themes of Ukrainian Christmas songs vary. Many, of course, deal with the birth of Christ and that occasion’s joyful celebrations, and many of them have apocryphal elements. Another group of carols contain purely pagan mythological elements. Yet another group deals with Ukrainian history of the 9 to12th century, mostly with the heroic episodes in the lives of some of the princes that were favorite among the people. One of the largest groups of carols are glorification songs – glorifying the landowner, the farmer, his wife, his sons, his daughters, every member of the family. These songs glorify their work as well as their personal traits.

Caroling required extensive preparation. Each group had a leader. One member dressed as a goat. Another as a bag carrier, the collector of all the gifts people would give them. Yet another carried a six-pointed star attached to a long stick with a light in its center, which symbolized the Star of Bethlehem. In some places, the people even had musical instruments, such as the violin, tsymbaly (dulcimer), or the trembita (a wooden pipe about 8-10 feet long, used in the Carpathian mountains by the Hutsuls).

Caroling was not a simply singing Christmas songs; it was more of a folk opera. The carolers first had to ask for permission to sing. If the answer was yes, they entered the house and sang carols for each member of the family, even for the smallest child. Sometimes they would even perform slow ritualistic dances. They also had to present a short humorous skit involving the goat. The custom of the goat accompanying the carolers has its origin in the pagan times when the goat represented the god of fertility. The skit showed the goat dying and then being brought back to life. This also symbolized the death of Winter and the birth of Spring. The caroling always ended with short well-wishing poems, appropriately selected for each home.

Koliadky and shchedrivky are the oldest groups of Ukrainian folk songs. They are sung by Ukrainians at Christmas time throughout the world.

Malanka is a Ukrainian folk holiday celebrated on 13 January, which is New Year’s Eve in accordance with the Julian calendar.
Malanka commemorates the feast day of St. Melania. On this night in Ukraine, carolers traditionally went from house to house playing pranks or acting out a small play (similar to “vertep” — see above), with a bachelor dressed in women’s clothes leading the troop. Malanka caps off the festivities of the Christmas holidays, and is often the last opportunity for partying before the solemn period of Lent which precedes Easter.

On New Year’s Day, the church celebrates both the feast day of St. Basil and commemorates the Circumcision of Christ. 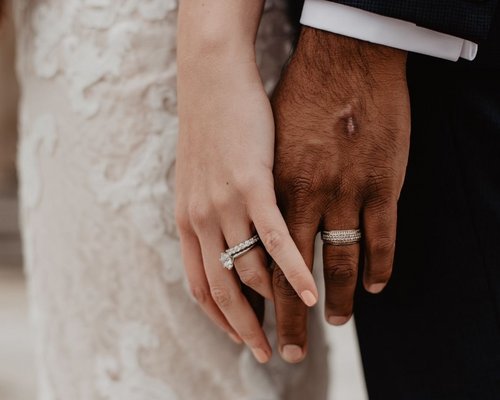 Weddings around the World